The good, [the] bad and [The] Messiah

NB – I have become aware in recent years of a special category of internet pedants who have made it their job in life to police the completeness and formality of the title of the work being discussed in the following post. Out of concern for their obviously sensitive natures, I have made sure that an optional [The] is included in every mention of the work so as to not cause upset. I’m sure they have a point and that most people around the world are desperately hoping for an age in which every mention of any piece of music will include it’s full, formal title including date of composition, key, opus number, etc. I hope that the many, largely unnecessary, ‘the’s” in the following piece bring them some comfort and satisfaction. 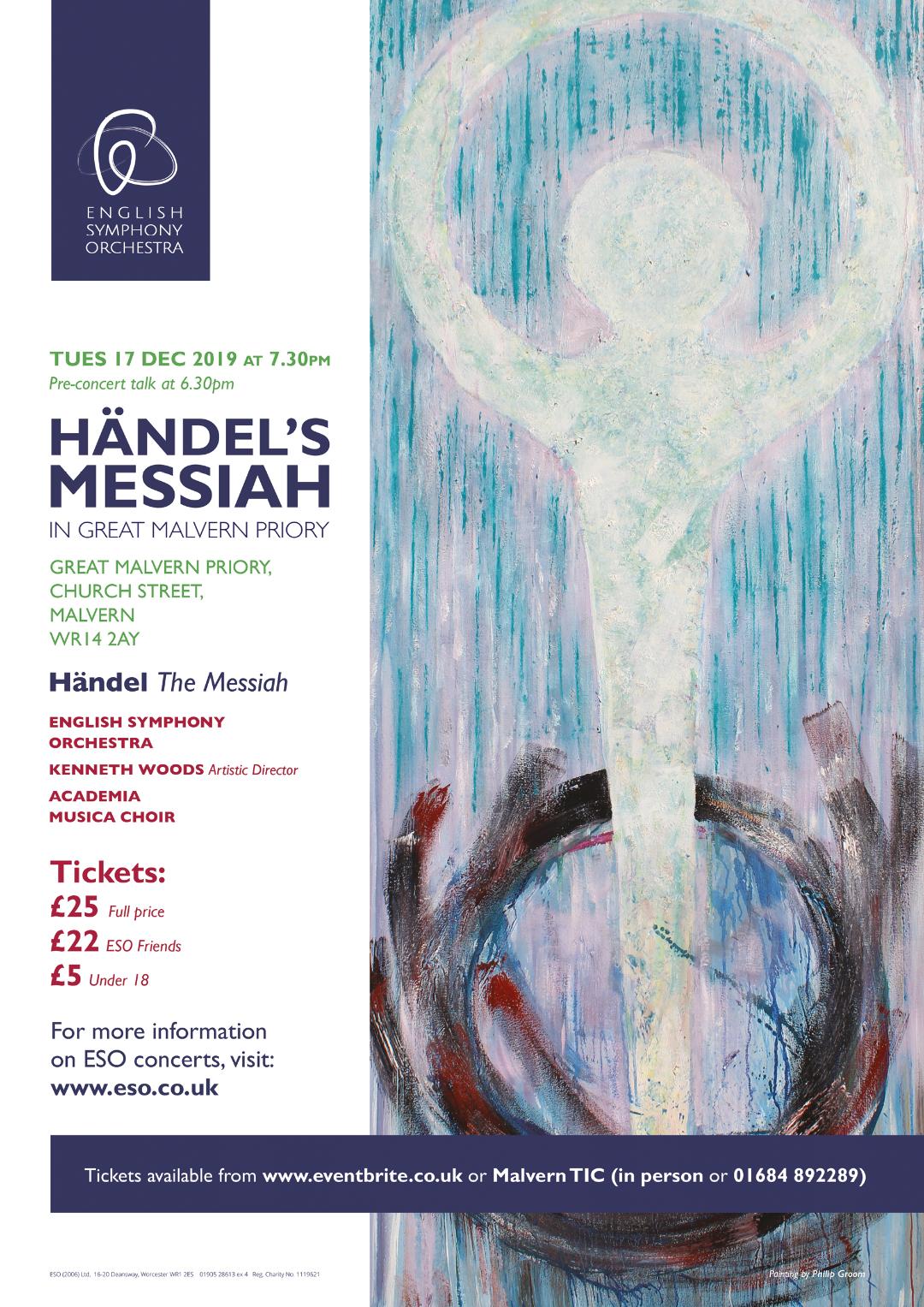 It’s the sort of thing you hear and see on Facebook every year – colleagues and friends bemoaning the state of “The Messiah” (the piece of music, not the actual Messiah). Last night, a conductor friend, who had just done the work said what a wonderful piece it is, and what a pity there are so many ‘bad [The] Messiahs around this time of year’ (performances of the piece of music, not actual bad alternate Messiahs).

I agree that a bad performance of anything is a regrettable event, and I’ve heard many ‘bad [The] Messiah’s’ in my day. But my colleague’s comment also got me wondering about the nature of ‘bad [The] Messiahs.’ One reason that one hears many performances of exceptionally mixed standard is that The Messiah is a work that has become as much a community ritual as it is a piece of music. It’s one of the few pieces where the line between audience and performers even blurs. My first complete [The] Messiah was a “Come and Sing” (also called a “Scratch Messiah”), and any such performance is bound to be of musically mixed standard. It’s a piece that also affords church choir conductors all over the Western Hemisphere their one annual chance to conduct an orchestra. When someone whose year-round ‘conducting technique’ involves mouthing the words at the choir tries to guide a choir and orchestra through a 3-hour piece of music on one rehearsal, the results can, indeed, be bad. Orchestra musicians are a well-meaning lot, but mouthing the words at us doesn’t help all that much.

But are all ‘bad [The] Messiahs’ really bad? I have only wonderful memories of my first “Come and Sing” Messiah. We had a super orchestra, a mostly fantastic quartet of soloists, and when the whole church was singing Worthy is the Lamb, it was deeply moving, even if it wouldn’t be the sort of thing you want to hear on CD. Perhaps, when the community ritual aspect of The Messiah meets participants of mixed standard giving their all and coming together through music, we can at least embrace the idea of a ‘good, bad [The] Messiah.’

There was one annual [The] Messiah I knew of that seemed to take the idea of the ‘good, bad’ [The] Messiah to particularly exalted heights. Each year my colleagues in a decent non-pro orchestra* I used to work with when I first moved here would make their annual pilgrimage to play Händel’s masterpiece deep in the wildest corners of northern England with a conductor* whose eccentric performances had become legendary. When the musicians first began to tell me about this [The] Messiah, my first reaction was horror – I thought “thank god, I don’t have to listen to that.” As the years went by, and they filled in the details, though, I began to think “I have to hear that!”

What was it about this annual ritual? Perhaps it was the tempi, where were purported to be so slow that in some years, the duration of their performance of The Messiah rivalled a performance of a complete Ring Cycle. Comparisons were made to Parsifal, War and Peace and the complete poems of Ezra Pound. Stylistically, the performance practice approach, from what I could tell, was closest to the Montovani Orchestra playing Schoenberg’s Erwartung. The nature of the maestro’s “technique” was such that the orchestra, left completely to their own devices, ended up incorporating an aleatoric vibe not far from the music of Earl Brown or early Penderecki. There were also rumours that the choir ditched RP for an exceptionally think Lancastrian accent.

But, what also struck me was that, as far as I could deduce from the reports I received, everyone loved this [The] Messiah. It wasn’t that they couldn’t tell that it was, by any objective measure, pretty (even terrifyingly) ‘bad,’ it was that they also couldn’t resit the fact that it was somehow, amazing. Audiences felt it too. People found it unbelievably moving and uplifting. The annual performances were always sold out months in advance, and the ovation at the end of each year’s performance, usually around 2:30 AM, would go on for hours.

This was truly the epitome of the ‘good, bad [The] Messiah.’ It may have even been the one confirmed manifestation of a ‘great and terrible [The] Messiah.’

In the end, I knew this was not a pilgrimage I could make. My colleagues’ tales had created in my mind a picture of an event so extraordinary that reality could only be a let-down. I treasure the idea of this [The] Messiah.

More recently, I went to see a [The] Messiah conducted by a chap* who, I had been told by several people very much in the know over several years, did the best [The] Messiah in the UK.  Finally, my chance came – he was doing it with a fine orchestra* and chorus* in a venue* I could get to.

Well, as with the great Northern [The] Messiah* (the annual concert, not the Northern Son of God) of legend, “reality could only be a let-down.” Everything was in tune, everything was together, the choir’s diction was great. It was played with great stylistic taste. But it was awful. The dynamic range spanned form mp to mf. Every eighth note in the piece (and there are many) and the same swishy swoosh. Nothing went anywhere, nothing came from anywhere. Nothing said anything.

And, I did find myself missing that sense of communal engagement. It was presented to us as one would present an overpriced car to a gullible buyer: “Here’s my [The] Messiah. Everyone says mine is the best. See how in tune and together we are?!?!? See how every eighth note has the same swishy swoosh??? I do this better than anyone! Buy my CD!” I felt like I was being shouted at in a well-polished monotonous mezzo forte for two and a half hours.

There is much more I could say about that performance that I must save for my memoirs. It would be almost impossible to give you, dear reader, a better picture of that awful night without revealing the identity of the performers*, so I must stop here. Suffice it to say that, in its own way, the experience was just as extreme as the one I’d heard about, only….. good.

But if you take the love, the joy, the community, the expression, the emotion and the sense of wonder out of The Messiah, I don’t think all the precision and professionalism in the world can make up for it. I’ve come to believe there’s no such thing as a ‘bad, good [The Messiah].’

Only a bad, bad one.

And that’s an important thing for all professional musicians to remember.

* Any similarity to persons living or dead is purely coincidental. 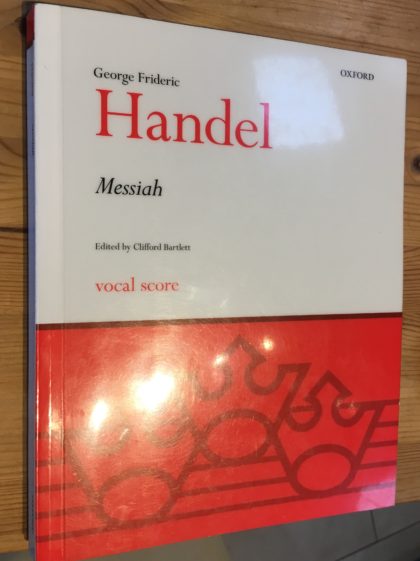 Apparently [The] folks at The Oxford don’t know the name of the piece. Thank goodness we have people on the internet to correct them.

American conductor, composer and cellist Kenneth Woods is Principal Conductor of the English Symphony Orchestra, Artistic Director of the Colorado MahlerFest and cellist of the string trio Ensemble Epomeo. He records for the Avie, Somm, Nimbus, Signum, MSR and Toccata labels.

Learn about Kenneth at www.kennethwoods.net

All material in these pages is protected by copyright.

This site uses Akismet to reduce spam. Learn how your comment data is processed.